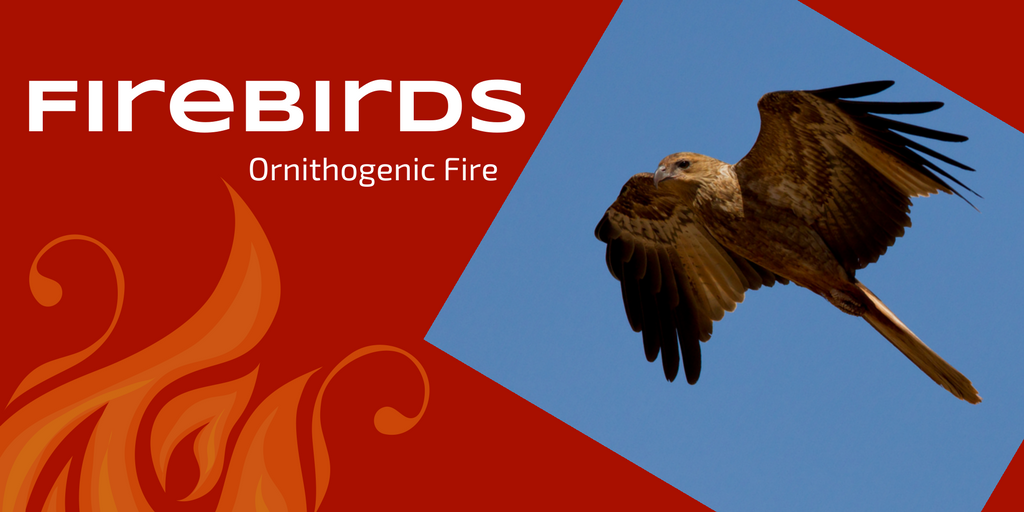 During a bushfire it’s common to see birds circling the fire front, waiting to capitalise on prey animals seeking to escape the fire. There is also evidence that certain bird species deliberately spread fire as a hunting strategy. This phenomenon is referred to as Ornithogenic Fire.

“I have seen a hawk pick up a smouldering stick in its claws and drop it in a fresh patch of dry grass half a mile away, then wait with its mates for the mad exodus of scorched and frightened rodents and reptiles…When that area was burnt out the process was repeated elsewhere. We call these fires Jarulan”. (Roberts, 1962) 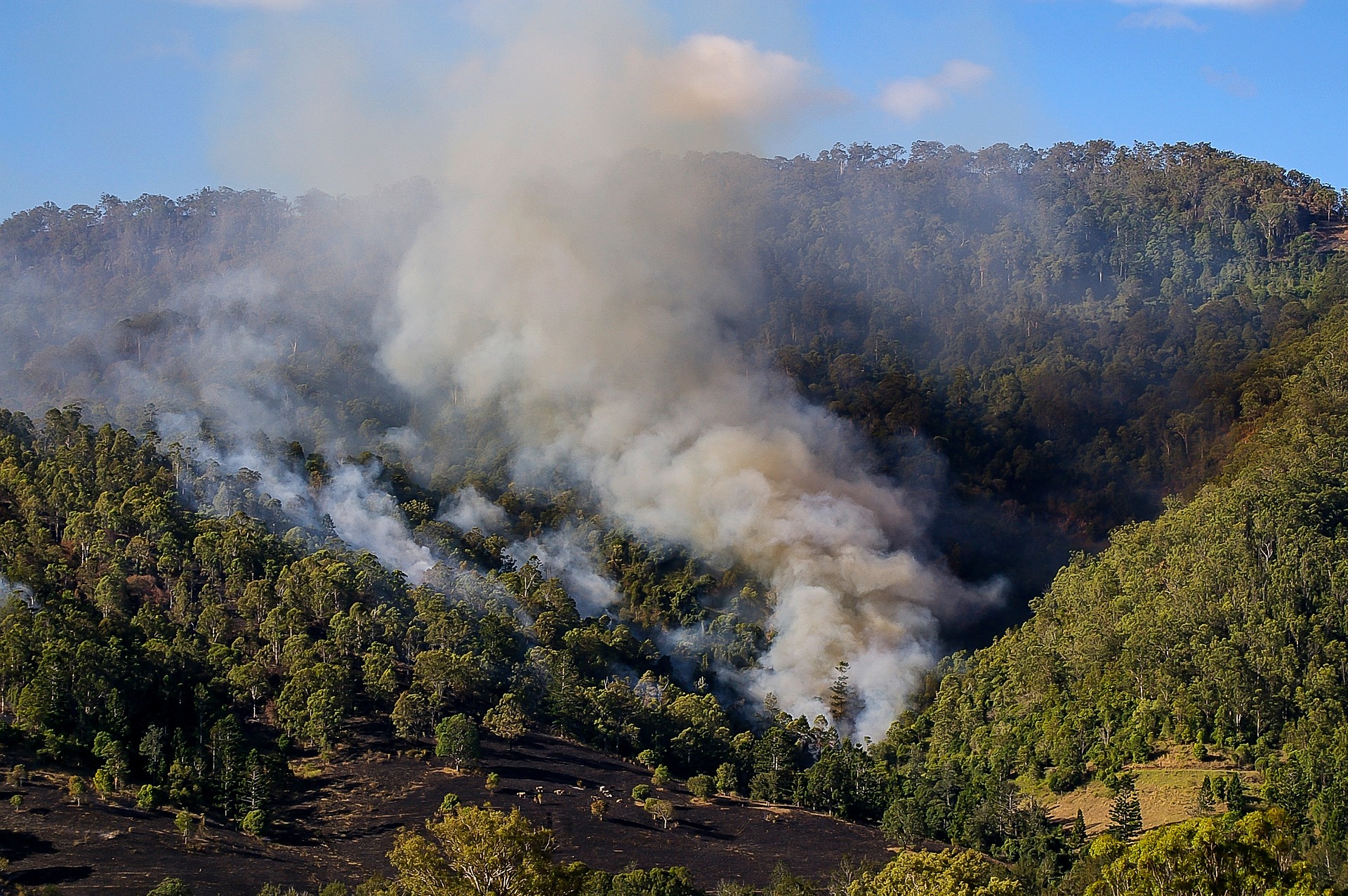 Despite a long-held belief that humans have the monopoly on the use of fire (Goudsblom, 1986), the indigenous people of Northern Australia have known about “firehawks” for thousands of years, with some traditional ceremonies depicting the behaviour. The Lorrkon and Yabuduru ceremonies from the Arnhem Land region incorporate re-enactments of birds spreading fire.

Due to a lack of photographic or video evidence, there has been a great deal of scepticism when it comes to ornithogenic fire. However, a recent article published in the Journal of Ethnobiology collects eye-witness accounts from Australia’s Top End of three different species of raptor using smouldering timber to spread fire (Bonta, et al., 2017). 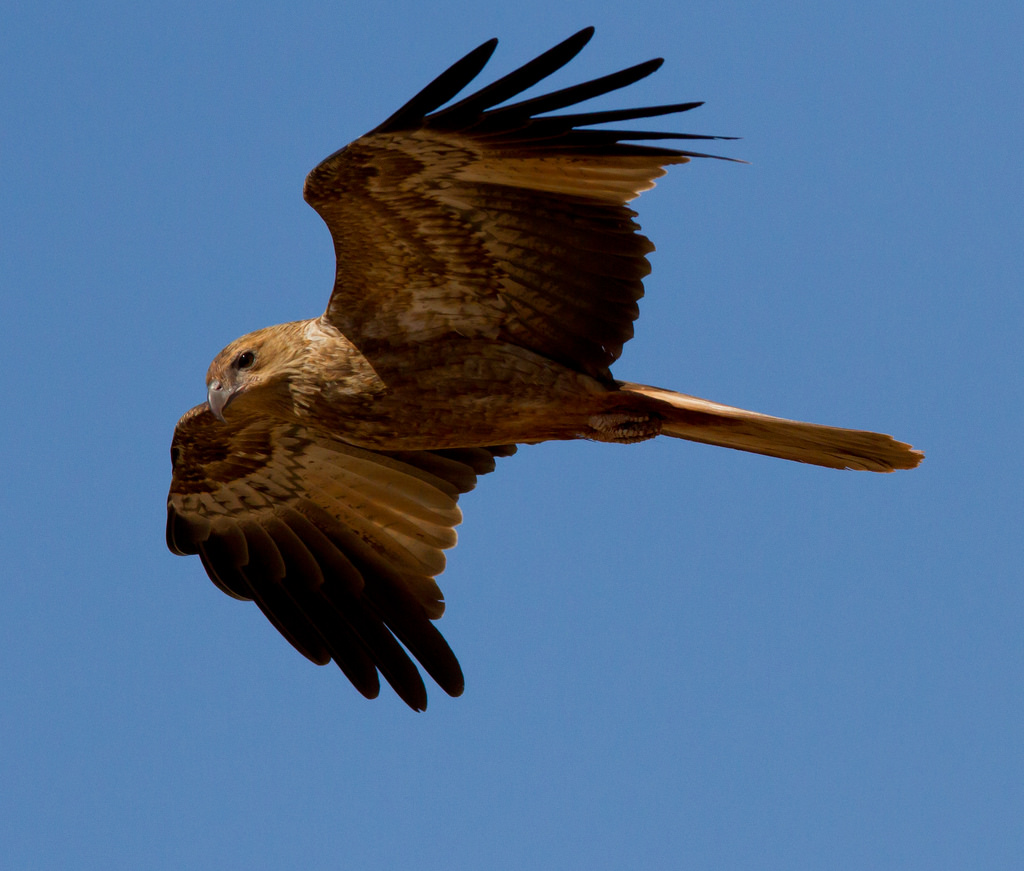 Black kites (Milvus migrans), whistling kites (Haliastur sphenurus) and brown falcons (Falco berigora) are commonly found around fire front, preying upon the small animals escaping the fire. These birds have also been observed picking up and carrying smouldering sticks, using either talons or beak, to unburnt areas, dropping them and starting new fires. Not all attempts are successful, but many are, with both solo and cooperative attempts reported by witnesses. While most reports of this phenomenon are focused in the savanna woodlands of the Northern Territory, there are also reports from Queensland and Western Australia. 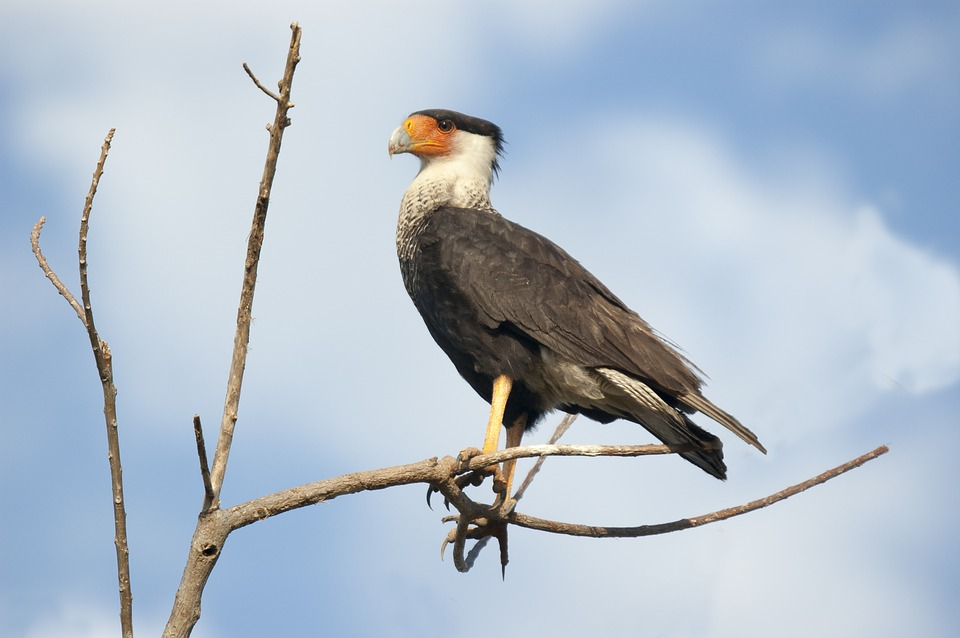 As well as Australia, there is evidence of similar ornithogenic fires in Africa and the USA, with other potential arsonist bird species being the grasshopper buzzard (Butastur rufipennis) and the crested caracara (Caracara cheriway).

The next goal is to capture these birds spreading fire on film. To accomplish this, researchers are planning to engage the help of Aboriginal land managers in the Northern Territory to set controlled fires and attempt to document the phenomenon.

Ornithogenic fire is a relatively new inclusion in the scientific lexicon. Much more research is required to understand the possible implications to the evolution of tropical savannas, human fire usage and fire ecology.