Groundwater is defined by The Australian National Centre for Groundwater Research and Training (NCGRT) as water that is found below the earth’s surface. It is found in vast quantities filling the spaces between grains of soil or rock.  In Australia the importance of groundwater is pronounced given that our continent is one of the driest on the planet and surface-water resources are limited over a large proportion of the continent.  Where groundwater is available its quality is highly variable, however, current estimates indicate that groundwater supplies one third of the nation’s fresh water consumption.  In recent decades its use has more than doubled. It is inevitable that our dependence upon groundwater will increase as our population grows, as agriculture and industry expands and with the possible influences of climate change.

Impacts of a drier climate on south-west of Western Australia 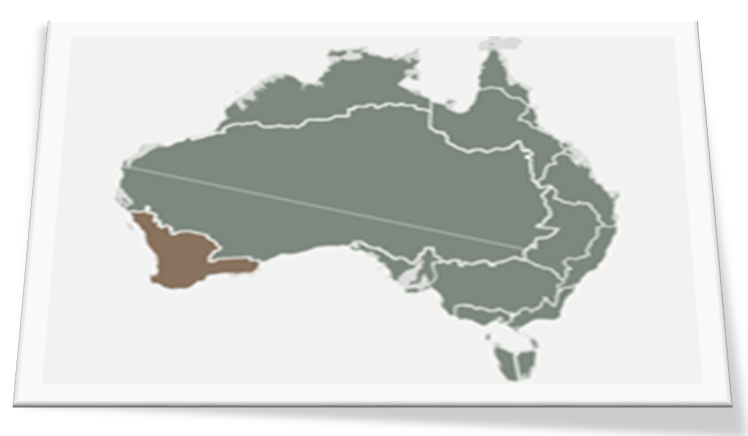 The South-Western Flatlands area of Western Australia has a predominantly Mediterranean climate, with high winter rainfall and little summer rainfall.  Research conducted since the 70’s predict the following impacts on the SW region of WA:

Southwest Western Australia has experienced a reduction in rainfall since the 1970s that has been attributed, at least in part, to enhanced greenhouse warming. This decline in rainfall affects surface reservoir recharge and groundwater recharge. A study completed by the CSIRO in 2012 to map the impact of climate change on groundwater projected this region to experience the greatest reduction in recharge under a future climate.

There is evidence that greenhouse gases emitted by human activities are responsible for half the decline in rainfall in south-west WA. 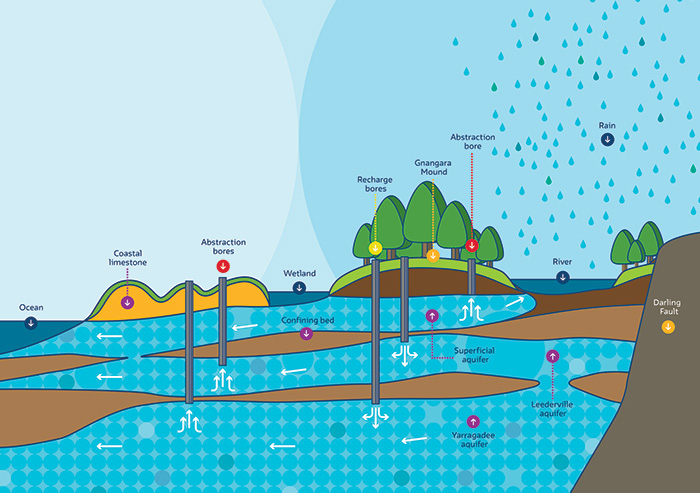 Modelling suggests a decrease in mean annual rainfall of 7 percent and a 14 percent reduction in surface water runoff in the period 2021 to 2050 relative to the period 1961 to 1990. If current climate trends continue, south-west WA will potentially experience 80 percent more drought-months by 2070.

A hotter, drier climate would inflict a high economic impact on water supply infrastructure across the country, with Perth likely to be the most severely impacted city in Australia through climate change-induced water scarcity.

Planning for climate change impacts of our water supply

The Department of Water and Environmental Regulation takes climate change and its influence on trends into account in the way it manages water resources, including:

Water Corporation is addressing the diminishing surface water resource by setting out to deliver a ‘climate-independent’ supply of water for domestic consumption through desalination plants and managed groundwater recharge. Perth desalination plants have the capacity to provide around half the piped water supply for the wider Perth region.  Unfortunately, this comes at a cost, desalinated water cost several times more to produce than that of harvested surface water.

So we all need to do our bit, to reduce water wastage by using lesser quality water for industrial purposes, promptly fixing leaking pipes and taps, installing rainwater take to harvest roof water and moving to water low water gardens.

In the meantime, to help preserve our groundwater resources see https://www.watercorporation.com.au/save-water for water saving tips.

Information in this blog obtained from:

Australian Academy of Science (2017), What are the impacts of Climate Change, accessed from https://www.science.org.au/learning/general-audience/science-booklets/science-climate-change/7-what-are-impacts-climate-change