Italy vs. Australia: How to Recycle like a Pro 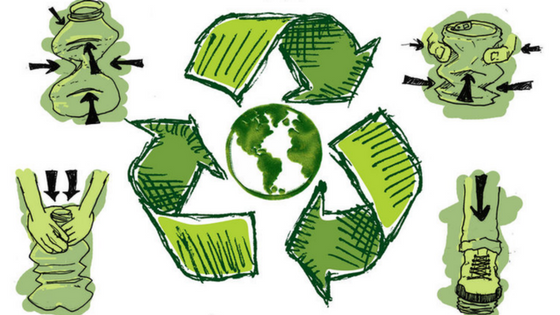 The first things that come to mind when you think of Italy are probably bowls of pasta, cheesy pizzas, delectable antipasto platters of cold meats, olives and bread, gelato of every flavour, coffee, wine and limoncello…… what about all the waste this generates??

I recently travelled to Italy on a holiday and was absolutely amazed at the way waste management and recycling is approached right across the country.  On most street corners, public spaces, hotels and apartments there are numerous bins designed to separate different types of waste.  As a minimum, this included organic waste (food and meat scraps that are biodegradable), paper and plastics.  Depending on the local municipality who manage waste collection and recycling further segregation of waste is also required for aluminium, glass, soft plastics and hard plastics.  This framework for waste management was first adopted in 1997 aimed at diverting recyclable and organic waste from landfill and in 2015 Italy was recycling 46% of its solid waste.  Pretty impressive and well on the way to meeting the European Union recycling target of 50% solid waste by 2020.

Back home in Australia, we have been slow on the uptake of separating our rubbish.  Yes, the majority of homes and workplaces have been using the green and yellow topped bins for waste and mixed recycling.  Yet despite these best interests the majority of our compostable organic waste is left to rot and emit greenhouse gases.

In Perth, many councils will begin to trial a three-bin system asking residents to separate compostable organic waste into a third bin (something Italy has been doing for 20 years!).  Adapting to this new system could be difficult as it will involve a fundament shift in the way household waste is viewed and the attitudes towards waste.  Particularly the notion of once it’s in the bin it’s out of sight, out of mind.

One of the main ways waste going to landfill is managed in the Metropolitan Region is through the Landfill Levy.  Under the Waste Avoidance and Resource Recovery Levy Act 2007, a landfill levy is applied to waste received at landfills which acts as a price for waste disposal.  The rate of this levy has been increasing each year and from 1st July 2017 is $65 per tonne of putrescible waste.  The WA Container Deposit Scheme where consumers are able to get a 10-cent refund on eligible plastic, glass, aluminium and cardboard containers is another initiative targeted at reducing waste to landfill and increasing recycling.  This is set to commence in January 2019.

The theory behind both the Landfill Levy and Container Deposit Scheme is sound – reduce waste for a financial incentive.  However, for this to work there needs to be a fundamental shift in the way waste is viewed and the value of some items considered waste, like organic waste and plastics.  With only 36% of organic waste diverted from landfill in the metropolitan region between 2015-16 the benefits of the Landfill Levy are not being fully realised and funds generated by the levy may not be enough to support other sustainability initiatives.  Will the new Container Deposit Scheme have a similar result? Only time will tell.

To me, this suggests that more effort is required by Governments and Local Councils to influence people’s perception of waste in an attempt to change behaviour.  Something that Italy appears to have successfully achieved.

In my opinion taking a responsible and conscious view on waste and waste management at home will mean reductions in waste generation and ultimately a positive outcome for the environment.  Admittedly this will take some getting used to.  I won’t deny that I found it challenging at first remembering what waste goes in which bin while I was on holiday.

If your home, business or workplace is looking to implement a recycling strategy or needs assistance with waste management contact us to find out how we can help on (08) 9468 0338 or enquiries@integratesustainability.com.au.