Emergency preparedness – Is your workplace ready for an emergency? 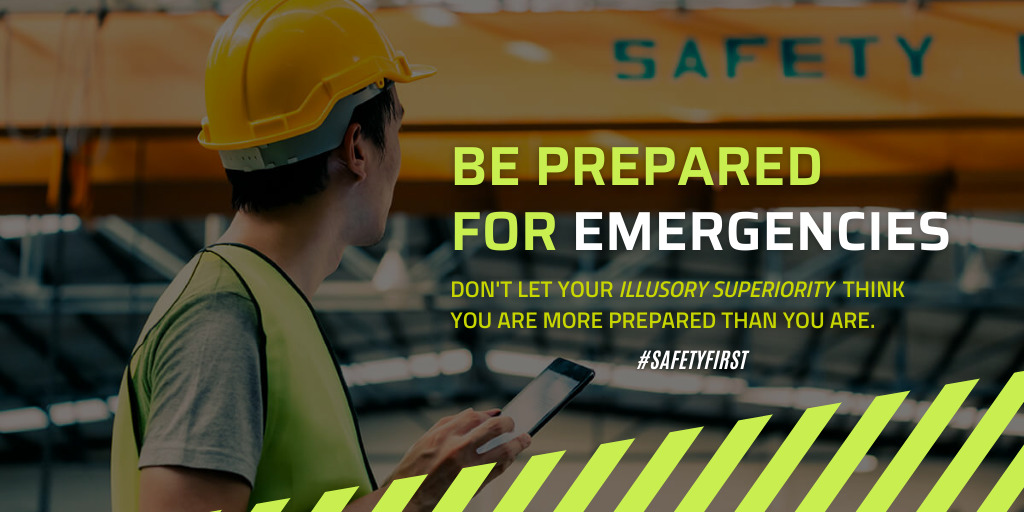 The older (and wiser – I hope!) I get, the more I notice life seems to have a way of making me take note of important things. Things that need consideration, things that ring that little bell in my head attracting my focus… I call them “Ah-ha! moments”. Sitting quietly by the side of a lake on the weekend watching my child swim, an “Ah-ha! moment” exploded into my awareness with a bang, literally. A large tanker truck was parked by a building about 40 metres away, with a pumping hose connected to a septic tank working away when there was a loud explosion. My first thought was “Holy Mackerel, what on earth was that?”, (well, it’s likely my thought words were not quite that polite); and my second and third thoughts were, “Is everyone ok?” and “What will he [the truck driver] do next?”.

For some unknown reason, a tyre on the truck had exploded (luckily, it wasn’t the sewerage pump, otherwise this article would be inundated with bad puns about when things go wrong), and we watched as the truck took on a serious lean to the damaged side. Miles from anywhere and with no mobile phone reception or spare tyre (that was easily visible anyway), that poor truck driver was not going to be home in time for dinner! Fortunately, no one was injured, but it did create my “Ah-ha! moment” about what would happen in an emergency at our workplace… Are we prepared? How will we react? What will we do?

What Constitutes an Emergency?

Unfortunately, the mining and resources industry around the world has many examples of emergency situations. Mostly we only hear about the extreme cases – the fatal Piper Alpha oil rig explosion in the North Sea, the Beaconsfield coal mine disaster, Vale’s Córrego do Feijão tailings dam collapse in Brazil… and thankfully tragedies of this scale and magnitude are not commonplace – but emergencies can declare themselves in many ways for all companies, large and small. For the sewer truck driver, a small, one-person enterprise, this scenario I described above constituted an emergency response situation – he was out alone, in a remote location, with no mobile phone coverage, having just had a dangerous explosion. For other workplaces, an emergency might constitute a customer having a heart attack in the shop or a dangerous fall from heights in a construction business. A roll-over of a heavy goods vehicle on a busy road or a child hit by a car outside a school – the nature of the emergencies we could be exposed to is a varied as our jobs are.

The Cambridge Dictionary (Cambridge University Press 2021) describes an emergency as “something dangerous or serious, such as an accident, that happens suddenly or unexpectedly and needs fast action in order to avoid harmful results”.

And although the level of danger in your business may not be as high as other businesses, it doesn’t mean that we should ignore the potential for emergencies to occur and not have a plan to deal with them. Neither does it mean we should over-inflate the risk (no tyre-pun intended!) and develop a tome of response plans that will never be used.

The main point is that an emergency for your business is an unexpected or sudden occurrence requiring quick action to address a dangerous or serious situation relevant to your circumstances.

Unfortunately, not everyone is prepared for such situations (recall the famous last words “it won’t happen to me!”). It is a fairly well-known phenomenon that most people do tend to overestimate themselves and consider themselves to be better than others, (for example, 90% of college professors think they are better than average teachers (Cross 1977); and 88% of drivers in America consider themselves better than average from a safety perspective (Svenson 1981). This phenomenon is known as illusory superiority and has also been identified as the ‘Dunning-Kruger effect’ (named after two researchers at Cornell University (Fehlhaber 2017)); which describes the cognitive bias to inflate self-assessment. So does this also carry forward into emergency preparedness – are we really as prepared for an emergency as we think we are? Or are we also viewing our own ability to cope with an emergency through the murky lens of illusory superiority?

According to a recent survey by the Australian Red Cross (2020) on emergency preparedness,  just one in five (21%) Australians have identified a safe place to meet or identified someone who could help in a crisis; 40% still don’t believe their community is ready for bushfires, heatwaves and floods; while only around two in five (35%) are taking active steps to prepare for the next fire season.

Suppose the Dunning-Kruger effect is in play too. In that case, the actual level of emergency response planning and preparation is likely lower (i.e. these folks think they are more prepared than they are).

And, while these statistics and survey findings apply to national scale disasters (e.g. bushfire etc) one can only hope that businesses are more prepared for their type of relevant emergency, particularly as emergency response planning is mandated in many industries, including the resources sector (through the Mines Safety and Inspection Act, 1994, WA).

The general content of emergency response planning and management is fairly consistent across industries and businesses, comprising largely of:

However, in reality, the nuances of the personalities of people involved in the emergency and the response to it, the variability in emergencies and deviations from expectation can all render the best-made plans, at worst, invalid.

Consequently, here are three slightly left-field things that may be helpful to think about as you consider your emergency response planning:

1.Illusory Superiority/ The Dunning-Kruger Effect. Are you really as prepared for an emergency as you think you are? Consider having your plans and procedures audited by a 3rd party – a fresh pair of eyes can often identify issues that we are essentially blind to.

For some small companies, it might not be practicable to have a formal assessment of your plans. However, a number of resources are available to help with this (e.g. redcross.org.au/prepare). Additionally, organisations such as the Red Cross and local community Bushfire Brigades or the Rural Fire Services for your community also undertake emergency planning assistance for community members. Reach out to them to see how they can help.

The main point is that an emergency for your business is an unexpected or sudden occurrence requiring quick action to address a dangerous or serious situation relevant to your circumstances.

2.Shock and How You Deal With It. You may be familiar with medical shock from first aid or another medical treatment perspective, (i.e. the lack of blood circulation in response to an injury or bodily trauma (Victorian Dept of Health 2014)); however, I am referring to the emotional shock of being involved in the emergency situation response.

What do you personally do when dealing with an emergency situation – Do you panic? Do you shut down? Do you go on auto-pilot? Do you ‘step up’ and take charge? Having an awareness of your own (and your staff members’) personal response tendencies will make it easier to plan for and address emotional shock responses in those who are required to deal with the situation. Remember, everyone reacts differently; however, the old adage applies: being forewarned is to be fore-armed – and you can’t control what you don’t know.

3.What Happens After The Emergency Is Over. Hopefully, most enterprises will be fairly advanced in developing emergency response procedures for the relevant situations, however consideration of the after-effects is also important.

For example, do you have an employee assistance or counselling programs to assist those involved in the emergency response processing or dealing with their emotional trauma after the event? What succession planning has been undertaken to address the event of a sudden or unexpected change in leadership in the organisation resulting from an emergency? What about Intellectual Property – who has the knowledge needed to move the company forward after an emergency, and more importantly, is this documented somewhere? Considerations such as these are often not considered in emergency plans I have reviewed but can be incredibly useful for getting ‘back to business’ as much as possible after an emergency has occurred.

While I recognise these three considerations are not necessarily the top priority for an emergency response situation, hopefully, they will help remove some of the potential for illusory superiority and maybe even spark an ‘Ah-ha! moment’ for you. Regardless, Integrate Sustainability is available to assist you with developing or reviewing your Emergency Response Plans and Procedures and general preparedness. For more information, contact us at enquries@integratesustainability.com.au or call us on (08) 9468 0338.