Kakadu and Joint Management in a nutshell 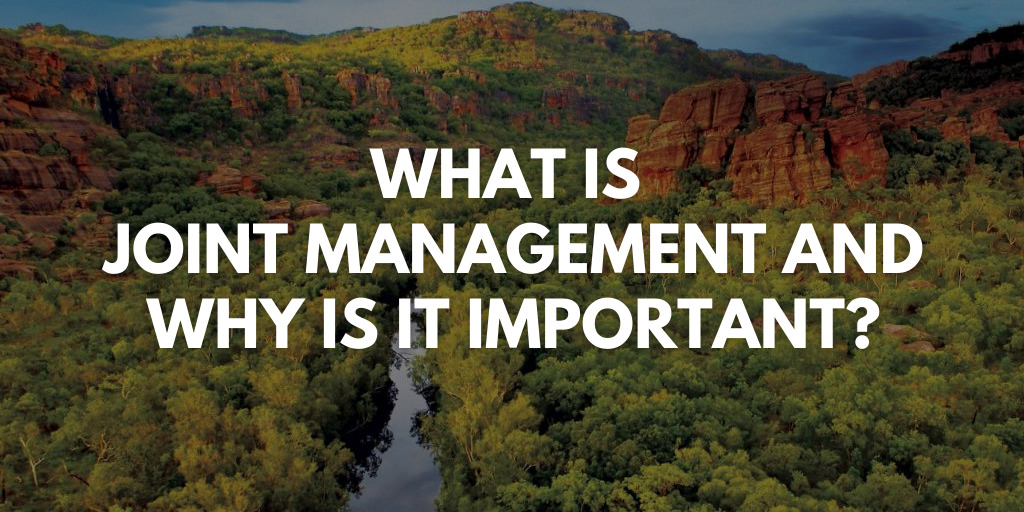 It was a long time ago when I first visited Kakadu, bright-eyed and bushy-tailed; fresh out of my first three years at University. I was full to the brim with giddy, somewhat misplaced yet enthusiastic conservationism boiling in my blood. I wanted to save everything and everyone from the perils of loss of biodiversity.

One of the first things that struck me, aside from the sheer plethora of raw, green, unbridled life in the Park, was how prevalent, involved and appreciated the indigenous culture appeared to be. Everywhere I looked, it seemed there was aboriginal engagement, consideration of culture and heritage in all the tourist activities, as well as indigenous participation in most aspects of the environmental operation of the Park. It was such a far cry from the big cities in the south, where I grew up, that it still stays in my mind as such a remarkable place, not just from a biodiversity perspective.

It was the late 1990s, and joint management of the Park (under the EPBCA) was in full swing, having commenced in the early 1970s when the traditional owners first leased the land to the Director of National Parks (DAWE Undated). However, it seems that all was not as rosy as I remember. Granted, that was a long time ago now, and I haven’t been fortunate enough to have visited the Park since – but I was heartbroken to hear of the breakdown in joint management of the Park in recent years.

According to the Traditional Owners and Board Members involved in the joint management of Kakadu, who in 2020 raised serious allegations of mis-management at the Park resulting in a vote of ‘No Confidence’ in the Senior Management Team (Allum 2020); there is a serious issue with communication, cooperation and the situation is now ‘untenable’ and essentially joint management of the Park is failing miserably (Allum, 2020). So let’s delve a bit deeper into the principles of joint management.

What is Joint Management and why is it important?

Well, that depends on who you ask!

According to the WA Government, “Joint management is about shared ‘management’ of land, not about land ‘ownership’. Aboriginal people, for example, could become joint managers of land without being landowners. It is a cooperative, legal arrangement between the Government and one or more other parties to manage land or waters in Western Australia based on recognition, mutual respect and goals” (DEC, 2012). Essentially this definition is writ large for the basis of other Joint Management initiatives, e.g. Kakadu National Park.

Great, that sounds like a good way to get things done! But it appears this is not simple. One size fits all kind of matter. Especially as this is not necessarily the way, Indigenous People may view Joint Management. To expand further, in a research paper issued by the Parliament of Australia in the late 1990’s, Dr David Lawrence of the Social Policy Group writes: “From the perspective of traditional Aboriginal owners, joint management is a matter of process, not structure, and an aspect of community development rather than a specific conservation agreement. Their aim of control over traditional lands has been largely determined by the need for strengthening cultural identity, community development and economic self-sufficiency, and not environmental protection” (Lawrence, 1997).

So why is this important?

Essentially, to Traditional Owners, joint management requires more than a few legal instruments and some Board Meetings. It also requires consideration of employment and up-skilling of the local community and consideration of the preservation of culture and self-determination. Dr Lawrence (1997) continues: “Control of land is seen as vital for community and cultural survival in the face of external pressures….The eventual success of joint management depends on its acceptance as a real process of consultation and negotiation”.

Additionally, joint management is more likely to be successful if initiated by the Traditional Owners themselves as they have both an economic and a political stake in controlled management. According to the FAO (Colchester, 1996), attempts to involve local communities in protected area management usually fail when initiated and directed by outsiders.

This is further explained by Dr Lawrence (1997), who describes “Some Aboriginal people see conservation management as a way in which rules and regulations are imposed over their socially and culturally legitimate activities and a means for further political control over Aboriginal land and land management practices. For many, the declaration of conservation status over Aboriginal lands is seen as an imposition and part of a continuing process of dispossession”.

So was this the case at Kakadu? We might never know, and without going further into the litany of issues requiring resolution at Kakadu, as these have already been heavily thrashed out in a somewhat scathing report by the Auditor General (ANAO, 2019), it’s possible that those in charge were in hot pursuit of objectives which were not consistent with the aspirations of the very people they were trying to work with and help.

So can joint management ever be successful?

As most Environmental Consultants will provide for many a tricky question, the answer is “it depends”!

According to the FAO reports, the classical conservation approach reinforces existing divisions between local people and government, thereby increasing alienation and conflict rather than resolving them. To move past this, joint management initiatives taken by local community groups or resource managers who have made creative attempts to solve the day-to-day problems they faced have been found to be the most successful (Colchester, 1996).

Recognition of the traditional owners’ rights to own and control their territory is needed as a first step to mend the fences of the past (no pun intended!), as without this, the continual restriction of indigenous rights to use and access their land will continue. Additionally, the involvement of traditional owners in planning in ways that do not undermine traditional decision making and the establishment of mutual obligations will also go a long way to building a successful relationship and therefore joint management scenario.

Having legally secured rights in place over their customary land before the introduction of new laws and policies restricting use and occupancy allows Indigenous People to commence negotiations from a position of strength and security rather than dependency and uncertainty (Colchester, 1996), however, only time will tell whether our government has the political will and fortitude to completely revisit the joint management of one of our iconic places.

In the meantime, if you require assistance with Indigenous Heritage Management Plans or other environmental, social or health and safety documents, contact Integrate Sustainability at enquiries@integratesustainability.com.au or on (08) 9468 0338 to see how we can best assist you.