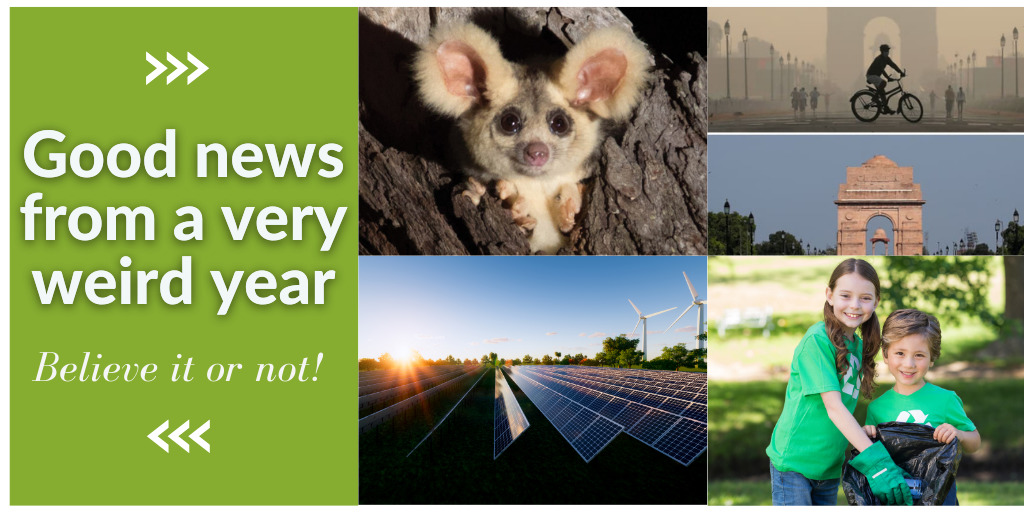 We have a number of unpopular opinions in my household that remain largely unspoken in polite circles; one being that Bordeaux wine is not really all that it’s cracked up to be, and another… that 2020, despite outwardly appearing to be a veritable disaster from most angles, was a year of hope and positivity. Yes. I did write that: 2020, the Year of Hope.

In 2020, a seemingly impossible (and implausible) reality materialised – the whole world, 195 disparate nations with often conflicting agendas, issues and cultural norms all got behind one issue, and unanimously changed the course of history in one fell swoop. (No, I don’t mean how suddenly, the wearing of tracksuit pants and fluffy bunny slippers at [Zoom] meetings became socially acceptable work attire – although that certainly was a bonus, or at least in my job anyway).

Instead, I refer to the cooperation through which the whole world essentially banded together to tackle Covid 19, but why I find this hopeful is that it proves that indeed, when united we stand, we can instigate massive change and quickly; and that brings me hope, for maybe if we can do that for the health of the human population, maybe just maybe, we can do that for the good of the planet and tackle the other big (socially distant) elephant in the room – climate change.

When I initially thought about writing up the positive aspects of this year for the InSight, the first things that sprang to mind were the swathes of images flooding the internet in the early stages of the pandemic – once bustling public places now devoid of humans, and wildlife roaming the streets as entire cities sheltered in their homes; brightly coloured graphs and charts showing decreases in SOX and NOX in major cities, and the reappearance of landmarks not seen in recent history as smogs lifted and pollution cleared allowing the forgotten landscape to remerge. While these are remarkable and hopeful indeed, it is the wholeheartedness with which the world tackled one issue in unison, giving me the most hope and the source of my unpopular opinion.

Now as the world digs in to tackle the second or third wave of the pandemic, I am heartened to see the other positive news articles buried further down the newsfeeds – so here is a quick summary of three bits of good news that give me hope for 2021 and support my theory that maybe 2020 wasn’t so bad after all:

Australia’s largest renewable energy project is inching a step closer to approval “with the Federal Government granting the Asian Renewable Energy Hub (AREH) “major project” status, meaning it will be fast-tracked through the approvals process. And in another significant step, the WA government this month gave environmental approval for the project’s first stage”, according to an article by John Mathews, Elizabeth Thurbon, Hao Tan, and Sung-Young Kim on Oct. 29, (2020).

The article posted on Eco-Business.com explains: “The Asian Renewable Energy Hub (AREH) would be built across 6,500 square kilometres in the East Pilbara. The first stage involves a 10,000MW wind farm plus 5,000MW of solar generation – which the federal government says would make it the world’s largest wind and solar electricity plant.”

According to (Mathews, et al. 2020), the project plans to use a combination of wind and solar capacity to provide a steady supply of zero emissions electricity, predominantly solar power during the day, while tapping into overnight winds to supply power at night.

The first stage would be capable of generating 100 terawatt-hours of renewable electricity each year. That equates to about 40 per cent of Australia’s total electricity generation in 2019. AREH recently expanded its longer term plans to 26,000MW (Mathews, et al. 2020). At 26GW, the Asian Renewable Hub would rank amongst the world’s largest energy developments, topping China’s massive Three Gorges Dam development in terms of total generation capacity (Mazengarb 2020).

Mazengarb (2020) describes the project as a “major paradigm shift in both Australia’s energy exports and the development the local clean energy sector, building a project at unprecedented scale and targeting the production of clean energy for international users. The project would be by-far Australia’s largest energy development, and would require as much as $30 billion in investment to fund its construction”.

Internationally, Australia has tended to drag its feet when it comes to dealing with climate change, renewable energy and emissions reductions; however, with news like this. It seems the shift towards renewable energy in Australia just became a little more real… Go 2020!!!

While some of the more cynical amongst us may roll our eyes at this, especially those in South Australia who have been collecting cans and bottles since 1977, this is fabulous news. WA has another opportunity to further reduce its environmental footprint through the introduction of a container deposit scheme for recyclable containers.

A media release posted by the WA Government in May (2020) announced the scheme would include “an assistance package of up to $3.5 million announced to support network participants impacted by scheme’s deferral” and it was expected “more than 500 jobs will be created at refund points across the State, including hundreds of jobs to be targeted at employing people with disability, the long-term unemployed and Aboriginal and Torres Strait Islander peoples, as well as opportunities for apprentices and trainees.”

Containers for Change (2020), the WA container recycling deposit scheme is also encouraging us all to ‘beat the Bin Chicken’ by avoiding those incorrigible Australian White Ibis (Threskiornis Molucca) and recycling instead. The program also allows you to ‘share the love’ by donating the proceeds from the container deposit scheme to a local charity (see www.containersforchange.com.au/wa/), a fantastic way to raise funds for community groups and reduce waste.

While the full data on the success of the container deposit scheme is yet to emerge (although the website in indicates that to date more than 44 million containers have been collected in WA since commencement (Containers for Change 2020)), with a triple effect of reduced environmental impact, additional job opportunities and the potential for charitable donations, the commencement of Containers for Change definitely makes my list for why 2020 wasn’t sooo bad, but read on, there is more good news!

According to Reuters (2020), about 2000 new species of plants are discovered annually, including recently at the end of 2020, the ‘world’s ugliest orchid’, Gastrodia agnicellus, found in Madagascar (I guess that was typical of 2020, it sure wasn’t the prettiest orchid they found!). However, 2020 was also the year in which two super cute new species of greater glider marsupials were identified in Australia (the genus now comprises Petauroides Volans, P. minor, and P. armillatus) (McGregor, et al. 2020); as well as an iridescent burrowing snake from Vietnam (Achalinus zugorum), a beaked whale in Mexican waters (pending DNA testing ) and a fabulously red salamander in the North Carolina USA (Eurycea arenicola) (Rosenberg 2020).

The list also includes a dwarf gecko in India (Cnemaspis avasabinae) and to top it off, a “spooky-looking “devil-eyed frog” was assumed to be extinct for the last two decades, when a hydroelectric dam was built where the already-endangered species lived, it was “re-added” to planet Earth’s extensive wildlife index after it was spotted somewhere in the Bolivian Andes” according to Lizzy Rosenberg’s article on Greenmatters.com (15 December 2020).

Essentially, species discoveries support conservation effort as new discoveries increase our information about the history of species and can therefore affect their conservation. An article from the University of Turku in Finland, one of the most prolific teams involved in identifying new species states “It is estimated that 15 million different species live on our planet, but only 2 million of them are currently known to science. Discovering new species is important as it helps to protect them. Furthermore, new species can also produce compounds that could lead to the development of new medicine” (University of Turku 2020).

Aside from the benefits of biodiversity and conservation, the sheer joy of finding a shiny new snake species or an amphibian that dares to be as fabulous as the new Carolina Sandhills Salamander or as adorable as the gliders all makes 2020 a bit better in my mind!

All this good news and this was just a small snippet of the pages and pages of good news hiding below the daily Corona numbers, shows me that maybe this pandemic will actually result in a new wave of global cooperation to deal with big, challenging issues. Maybe all our home-schooling of the next generation will bring about leaders who are used to making big decisions for the good of the nation, despite their potentially unpopular outcomes – a new crop of leaders who are willing and able to shut down potentially harmful practices with a stroke of a pen because that is what their generation has been exposed to.

A whole new generation of scientists, politicians, educators and carers who have survived the biggest crises to face human health in decades, and come out stronger, more determined and willing to cooperate, follow the new rules, and do things differently for the good of all.

This brings me hope that maybe they will, in turn, apply this to tackling environmental impacts, homelessness or systemic racism with the same tenacity and sense of urgency that has arisen in 2020 when dealing with the trials of a global pandemic.

And who knows, maybe Bordeaux’s 2020 will also turn out to be OK… I’m not holding my breath though!

So if you or your business would like to work collaboratively with community groups to achieve a positive environmental or social outcome in 2021, or would like to commence your sustainability journey, Integrate Sustainability is here to help.