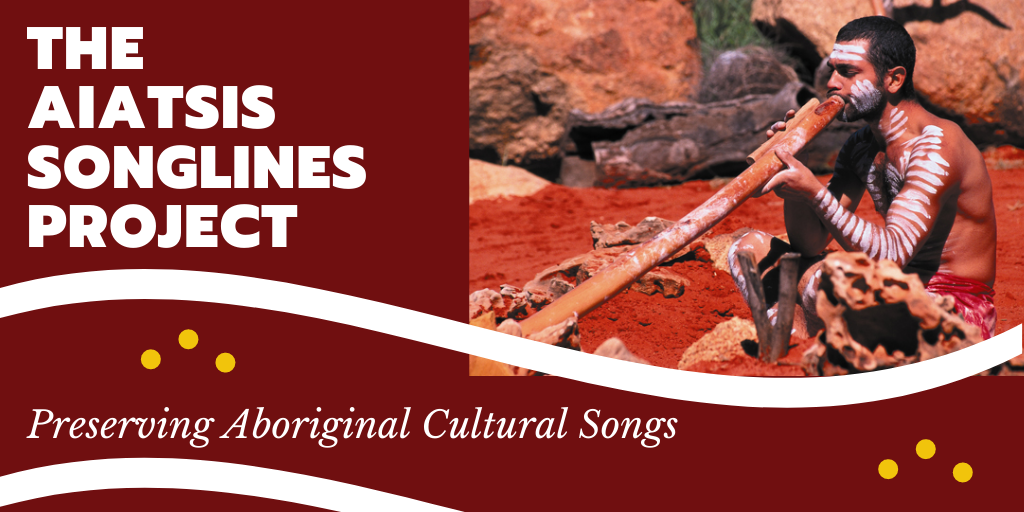 One to two Indigenous languages are being lost every year (Slattery 2016). Of more than 300 languages that existed pre-colonisation, fewer than half remain and all are considered endangered; many are considered critically endangered. Experts say Australia is in the midst of a national crisis and estimate only 50 Indigenous languages to remain by the year 2050 if the trend continues (Slattery 2016).

Indigenous Australians have the longest continuous cultural history of any group of people on Earth. To this day, their history is preserved and passed down through intricate song, dance, art and stories of the Dreamtime. Woven into this history is the oral tradition of songlines—an ancient memory code used by indigenous cultures around the world (Malcolm and Willis 2016). The songlines that traverse the Australian landscape hold the unique knowledges of Aboriginal and Torres Strait Islander peoples. They tell of the law, history and culture of diverse groups across the country and have been created, maintained and practiced for thousands of years.

This practice, however, has been dramatically disrupted since European arrival. Additionally, many of the song men and women are aging, and with each year the death of Indigenous elders more and more knowledge of Indigenous languages and songline disappear(Slattery 2016). There are many concerns across the country that these people will pass without the opportunity to share their knowledge (AIATSIS 2018). The Australian Institute of Aboriginal and Torres Strait Islander Studies (AIATSIS) has launched a foundation to try preserve these endangered languages before it becomes too late.

Songlines are a part of our nation’s unique cultural heritage, they have been passed on from elder to elder over thousands of years offering rich explanations of land formations, plant remedies and animal behaviour (Malcolm and Willis 2016). A significant proportion of Indigenous songs contain information about animals, plants, the landscape and seasonality; the sort of information you needed for survival and for environmental connectivity. Before Indigenous hunters head out, they will perform rituals and repeated acts to improve the hunting techniques. If they are hunting kangaroos, for example, dancers will demonstrate the way the ears move if they have detected the movement of hunters (Malcolm and Willis 2016).

Ancient Aboriginal tracks are also shared through songlines which are effectively oral maps that chart the landscape, enabling the transmission of oral navigational skills in cultures that do not have a written language (Norris and Yidumduma Harney 2014). Many of the routes shared through songlines, are now modern highways and roads across Australia. The famous route across the Nullarbor between Perth and Adelaide came from songlines, as did the highway between the Kimberleys and Darwin (Common Ground 2017). Through songlines the Noongar people describe the vegetation found along the Nullarbor to identify where one country starts and another finishes. East of Esperance a variety of mallee called tallerack have fruits that can be seen in the light of a bright night, illuminated by the moon. Where the tallerack runs out along the Nullarbor is the end of Noongar country (Kate Webber 2016).

It is a little scary that less than 10% of Aboriginal languages in Australia are comprehensively documented (AIATSIS 2018). Even more fragile than language, are the Songlines which are often lost before languages. With over 50,000 years of Indigenous culture, the Australian Aborigine is recognized as the longest running culture in the world, and it is at risk of losing languages and songlines within just one generation.

The AIATSIS foundation is working to revive, record and strengthen the songs of Aboriginal and Torres Strait Islander peoples through the AIATSIS Songlines Project (AIATSIS 2018). AIATSIS holds the largest collection of recordings of Song Cycles in the world, which are key conduits to sacred Indigenous knowledge systems. However, these are just a small proportion of the material that is held in the living memory of the most senior elders.

The AIATSIS Songlines Project aims to assist Aboriginal and Torres Strait Islander communities in maintaining and renewing their songs by connecting communities with archived song recordings and documents. Songs that are no longer sung and ‘at-risk’ songs are recorded to ensures that songs are preserved and can be accessed into the future and are secured for the next generation.

It is important that we take the time to explore and learn more about the culture and practices of the Aboriginal people across our country. Integrate Sustainability provides a range of management and advice services to assist clients to navigate all aspects of the Aboriginal Heritage and Native Title processes. If your company requires assistance please contact us via enquires@integratesustainability.com.au or phone 9468 0338.

We acknowledge the Traditional Custodians of the land and waters of Australia, and pay respect to all Elders – past, present and emerging.

Norris , Ray P., and Bill Yidumduma Harney. 2014. “Songlines and Navigation in Wardaman and other Aboriginal Cultures.” Journal of Astronomical History and Heritage.