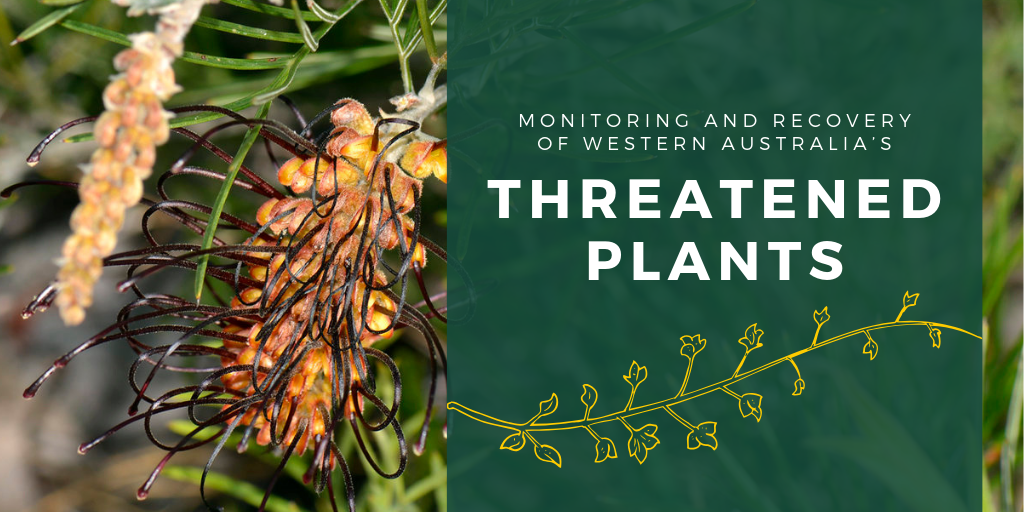 Western Australia is characterised by three distinct Botanical Provinces (Northern, Eremaean and South‐West) each divided into a number of Botanical Districts (Beard, 2000). The Southwest Australian Floristic Region (SWAFR) is a biodiversity hotspot with over 7300 native vascular plant species; almost half of which can only be found in this area (Hopper, 2004). While regions characterized by Mediterranean climates generally have high levels of endemism, the southwest province experiences comparably higher values due to the geographic isolation, tectonically stable landscape and deeply weathered profile (Beard, 2000).

High habitat specialisation has resulted in a unique flora assemblage; however, due to their restricted distribution, many of the plants found in the SWAFR are at risk of becoming extinct (Coates, 2001). Disturbances such as fire, drought and flooding are natural across Australia, although changes in timing, frequency and intensity can impact on the survival and recruitment of plants. Altered grazing patterns, clearing, direct human disturbance and the introduction of weeds, feral animals and diseases can have significant consequences on native plant populations (Department of the Environment and Heritage, 2004). The direct impacts of changing temperature and rainfall patterns on plant growth and distribution can already be observed and should be considered during vulnerability assessments and adaption plans (Toni, 2018).

Existing Legislation and Tools for the Protection of Threatened Flora Species

Each Australian State and Territory has enacted legislation that relates to the protection of biodiversity, with the listing process and management of threatened species primarily being the responsibility of the State. In Western Australia, the Biodiversity Conservation Act 2016 and Biodiversity Conservation Regulations 2018 provide a focus for priority setting through the listing and protection of native flora. Flora can be classified as Threatened (Critically Endangered, Endangered or Vulnerable) or Extinct. Assigning conservation status is based on the criteria outlined in the International Union for Conservation of Nature (IUCN) Red List Categories and Criteria. There are currently 160 critically endangered, 140 endangered, 129 vulnerable and 15 plant species thought to be extinct listed in WA.

The Environment Protection and Biodiversity Conservation Act 1999 (Cth) requires the Federal Government to maintain a list of threatened flora species considered to be nationally and/or internationally important. As of July 2019, there were 1373 threatened species listed under Federal law (Department of the Environment and Energy, 2019). The rationale for maintaining a species list is to highlight species most under threat, which allow for priority actions and investment toward recovery (Possingham, 2002).

Under these Acts, State Agencies are obliged to develop recovery plans for priority threatened species. The plans provide detailed information and guidance on management actions to stop the decline and support the recovery, of threatened plant species and/or ecological communities. To assist those preparing a recovery plan in WA, a guide for designing a monitoring program can be found on the Department of Biodiversity, Conservation and Attractions website. These recovery plans may be adopted by the Commonwealth Government where species exist in multiple jurisdictions.

Nominations from the public to add, remove or change the conservation ranking of species, ecological communities or key threatening processes are reviewed annually in WA by the Threatened Species Scientific Committee (TSSC), who then refer recommendations to the Minister for Environment to make the final decision. The Minister may also authorise a person to take native wildlife or modify a threatened ecological community where reasonable cause is justified. Consequences apply where permission has not been sought, or prescribed conditions are not adhered too.

Australia’s Draft Strategy for Nature (2018-2030) describes the importance of nature and presents a long-term vision for sustainably managing and connecting people to nature. While the draft was met with some criticism (Toni, 2018 & CES, 2018), the objectives provide a good starting point for conserving biodiversity in line with international obligations. While emphasis falls on State and Local Government action, the role of the community should not be overlooked. There are many resources available, including the green consumer guide to threatened species (Environment Australia, 2000), which lists 45 ways individuals can be involved in making a difference. Get started today and help conserve Australia’s unique flora.

Should you need assistance with managing your business impact on Threatened and Priority flora, fauna and ecological community, please give us a call.  Our team has a worth of experience in the management of threatened species and liaise with regulators to understand their expectation.

Hopper, S. a. (2004). The Southwest Australian Floristic Region: Evolution and Conservation of a Global Hot Spot of Biodiversity. Annual Review of Ecology, Evolution, and Systematics, 35 (1), 623-650.