Desertification and Drought in Australia

In Australia, we are not foreign to the word ‘drought’, but some of us may not be as familiar with the term ‘desertification’. Despite being closely related, drought and desertification are different.

Desertification is defined as an extreme type of land degradation, particularly occurring in drylands where poor land management and significant pressure on land resources create unfertile or non-productive land. Land affected by desertification cannot sustain agricultural activities and is linked to the loss of biodiversity. Approximately half of the world’s livestock and a third of its crops are farmed in dryland regions, despite the connotations of sparse life often associated with the term drylands or arid (Carrington 2010). 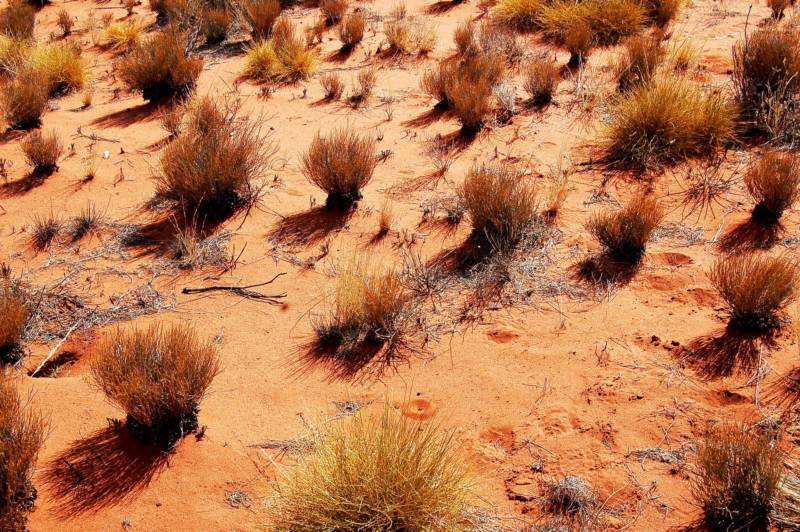 Drought is a natural phenomenon identified as an extended period of dry weather, creating a scarcity of water in a particular region. Human activity can increase the impacts of drought, and drought can escalate land degradation (EU Science Hub 2019).

According to the United Nations, drought causes more deaths and displacement of people than any other natural disaster (United Nations 2019). Water scarcity is one of the major challenges facing us in the 21st Century, even more so in Australia because we are the world’s driest continent. Drought can create both short and long-term economic and ecological issues for a region. 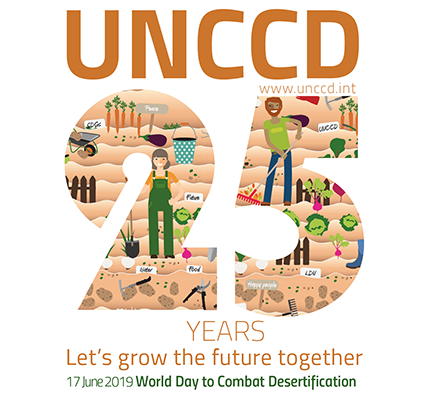 Drought is a persistent and recurring feature of Australia’s climate, that has a slow onset and uncertain end date. Drought can disrupt agricultural production, create economic downturns, especially in regional areas, increase the frequency of bushfires and dust storms and create serious environmental damage including desertification (Department of Primary Industries and Regional Development WA 2018).

South West WA recorded some of its lowest rainfall in 2010. The maps below show the impact of the drought on grain production in the region. 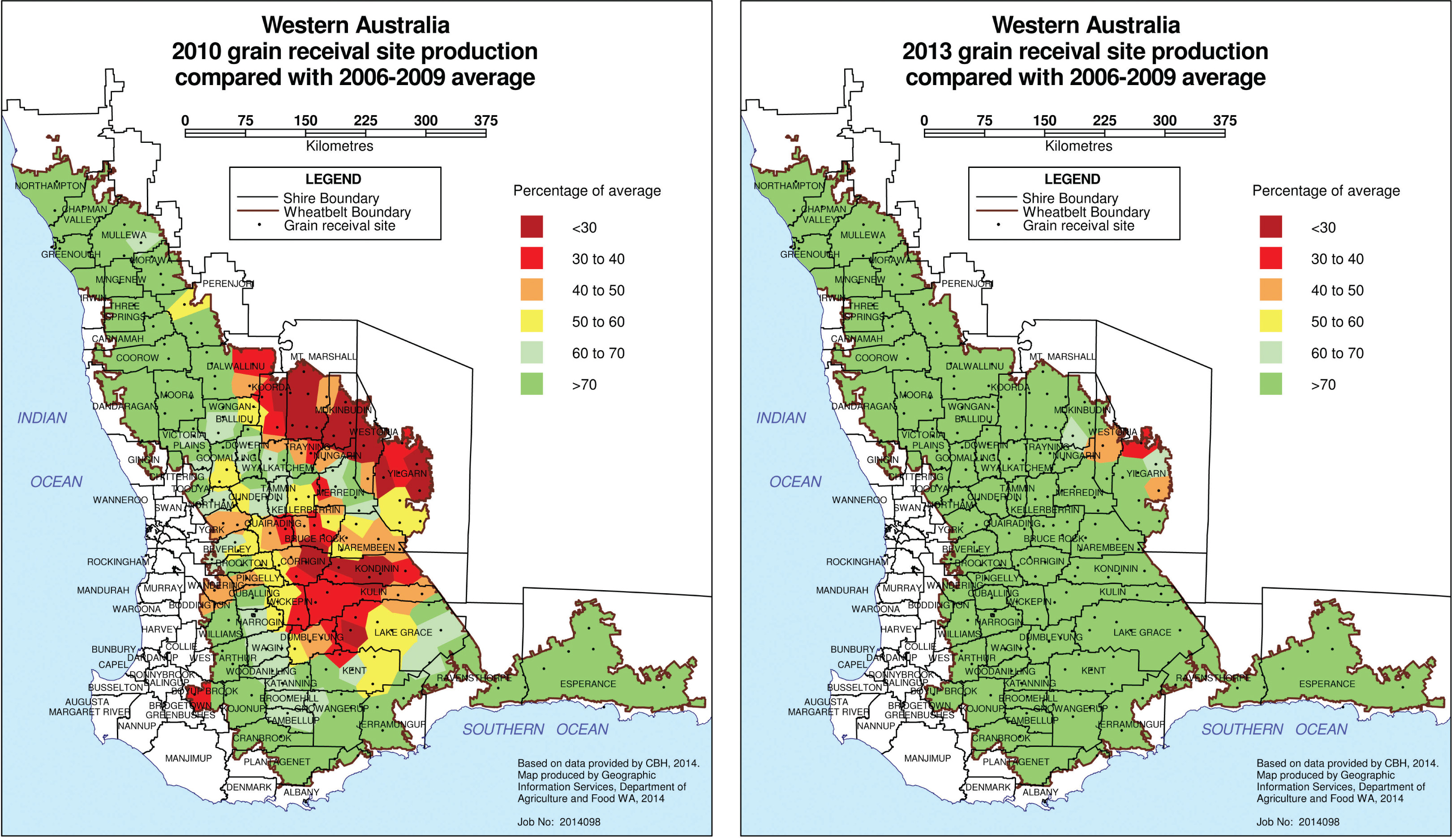 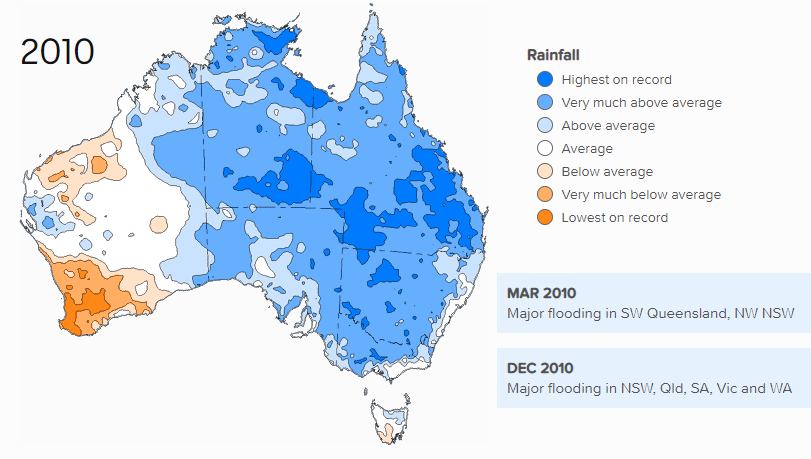 In Australia, the major factors creating land degradation, primarily arising from the removal of natural vegetation (Weebly 2019), include:

From the mid-1800s onwards European commercial pastoral activities, and the introduction of feral animals, have placed strain on native vegetation levels and natural waters and contributed to land degradation in many areas. Desertification in our semi-arid and arid regions in addition to the introduction of feral predators has contributed to biodiversity loss. Land degradation has also occurred in areas outside of commercial grazing lands, where feral animals thrive, and land has been cleared (Pickup 1998).

What is Australia doing to combat desertification

The Indigenous Protected Areas (IPAs) program, in conjunction with the Working on Country Indigenous Ranger Programme, is one of the leading initiatives addressing environmental degradation in Australia.

The IPA programme currently protects almost 70 million hectares. The programme has been recognised by the United Nations and awarded a Bronze Future Policy award in 2017 (United Nations Association of Australia 2017).

The Australian Government has also developed programs to address soil salinity in Australia, including the National Dryland Salinity Program and National Action Plan for Salinity and Water Quality in Australia.

What else can be done to combat desertification and drought?

There is still more that can be done to combat and prevent desertification and prepare for drought. Desertification and drought are closely related, and measures to address one will help combat the effects of the other. 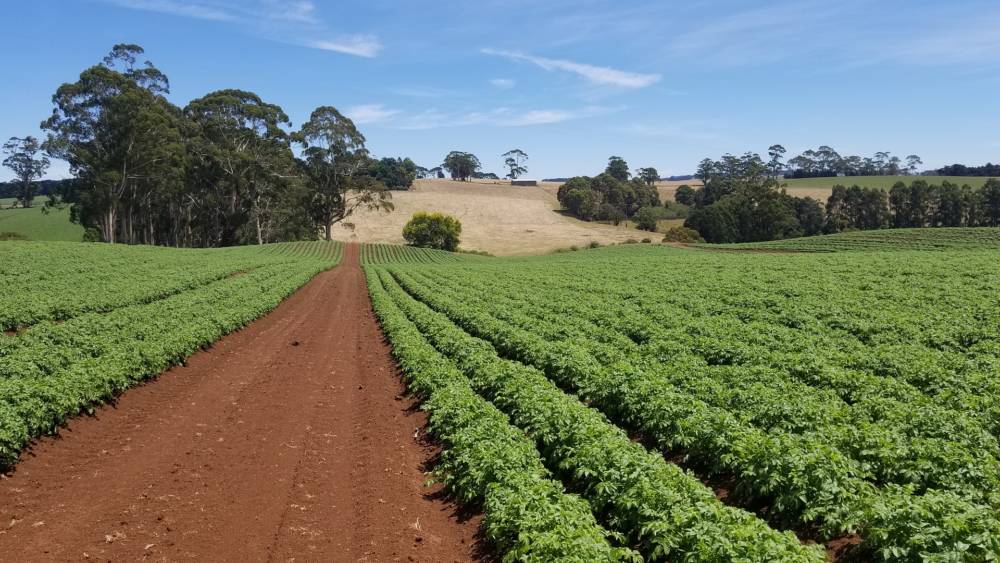 Sustainable Land Management is key to preventing and re-establishing land affected at risk of desertification. Sustainable land management is defined as “the use of land resources, including soils, water, animals and plants, for the production of goods to meet changing human needs, while simultaneously ensuring the long-term productive potential of these resources and the maintenance of their environmental functions” (United Nations 2019). The agricultural industry is the most sensitive to drought and desertification, and therefore it is important that the country invests in sustainable land management practices; including:

Trees are the Answer

Planting more trees, and preventing over-clearing, could be vital for decreasing the occurrence of drought. The precipitation cycle, taught to us as kids, shows trees absorbing water from deep in the ground and releasing it back into the atmosphere as vapour to form rainclouds. Studies of Southeast Australia’s forests and woodlands found a link between clearing and an increase in temperature and reduction in rainfall (Blanch and Morris 2018). It makes sense that trees are rainmakers (Blanch and Morris 2018) and reforestation in and near dryland regions could potentially encourage rainfall and improve land quality. 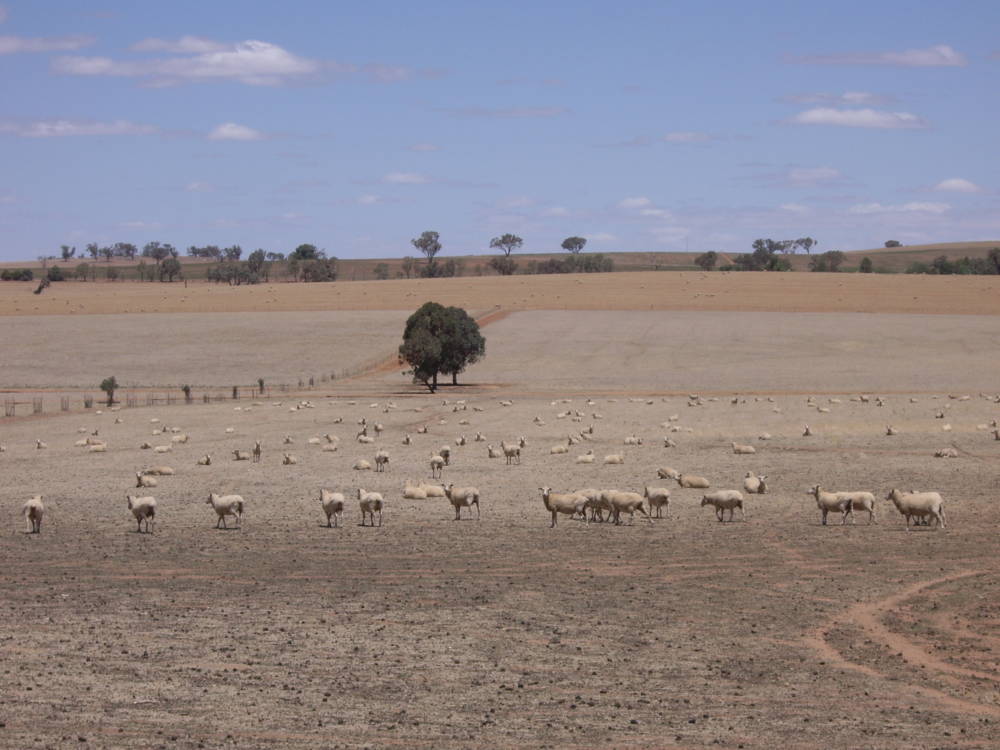 Department of Primary Industries and Regional Development WA. 2018. The evolution of drought policy in Western Australia. April 26. Accessed May 28, 2019. https://www.agric.wa.gov.au/drought-and-dry-seasons/evolution-drought-policy-western-australia?nopaging=1.

Slaughter, Andrew. 2018. How to fight desertification and drought at home and away. July 6. Accessed May 24, 2019. https://theconversation.com/how-to-fight-desertification-and-drought-at-home-and-away-98568.