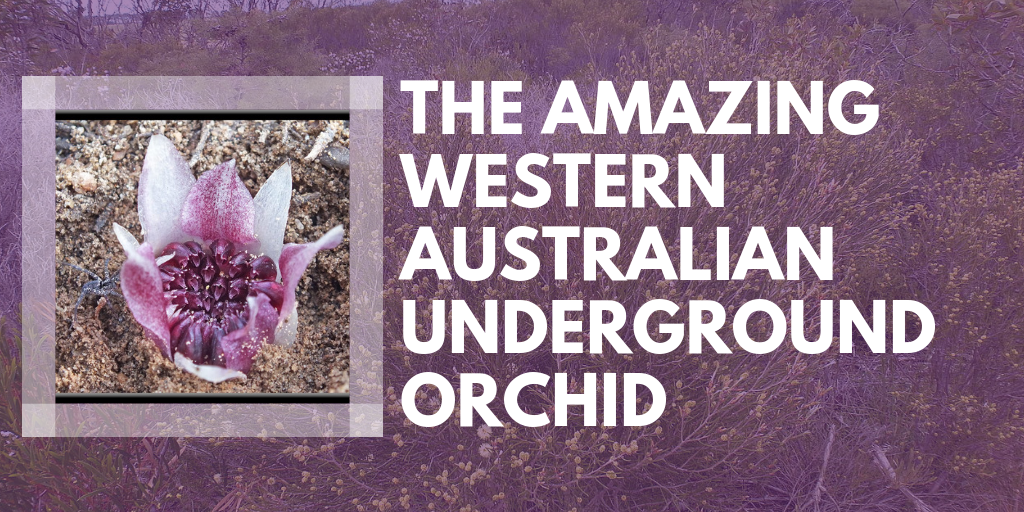 The month of September in Western Australia brings with it the first day of spring (finally), the beginning of National Biodiversity month and National Threatened Species day on the 7th. My blog this month would like to bring into the spotlight the incredible, mystifying and mind-blowing Western Underground Orchid. The Western Underground Orchid is listed and protected under both the WA Wildlife Conservation Act and Commonwealth EPBC Act.

Now you may need to take a seat and hold onto your hats because what I am about to describe to you will not only sound like it came from a novel, but it is going to will blow your mind just how amazing nature can be.

Meet Rhizanthella gardneri. This strange little orchid is endemic to Western Australia and it lives, blooms, and sets seed entirely underground. It is extremely rare, with very few known populations, which are unpublished to the general public for its protection, think of it if you will witness protection, as fewer than 50 mature plants are known to exist. 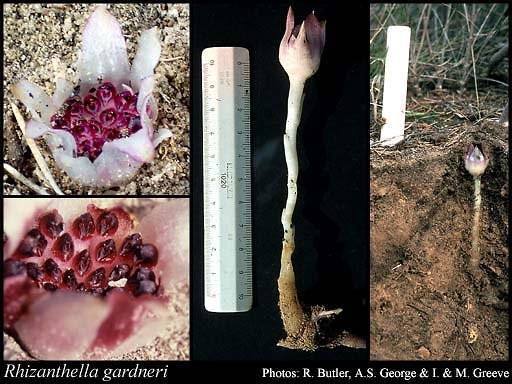 While the unusual life of this orchid certainly captures the imagination, it holds another secret, deep in its cells. Despite the fact that this fully subterranean orchid cannot photosynthesise and has no green parts at all, it still retains chloroplasts — the site of photosynthesis in plants. However, unlike normal plants 70% of the genes in the orchid’s chloroplast has been lost (maybe part of the witness protection program?) This orchid is tricky and as it does not photosynthesize it instead parasitizes a fungus that is mycorrhizal with the broom honey myrtle (Melaleuca uncinata).

The orchid spends its whole life-cycle below the soil, including when it flowers. The flowers are known to be quite fragrant and it is believed that ants, termites, and beetles are the main pollinators. The resulting seeds take up to 6 months to mature and are quite fleshy. It is hypothesized that some sort of small marsupial eats them and consequently distributes them in its droppings. Either way, the chances of successful sexual reproduction for this species are quite low. Because of this, R. gardneri also reproduces asexually by budding off daughter plants, is there nothing this little gem cannot do!

Despite its incredible abilities and achievements, there are many main threats to the Western Underground Orchid, the Department of Energy and Environments interim Recovery Plan 2003-2008 outlines these as: 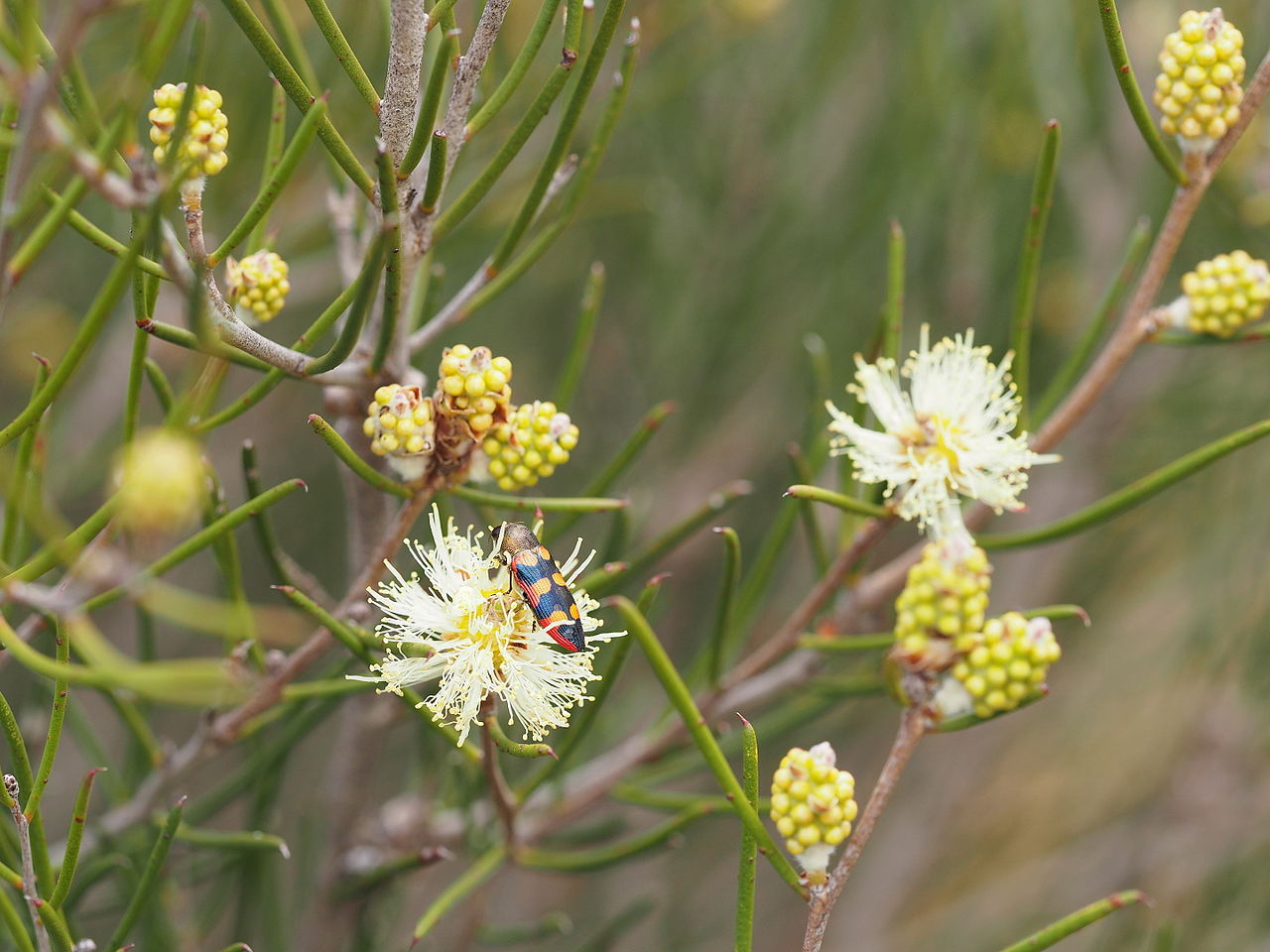 Habitat degradation – Degraded habitat is a current and continuing threat. Thickets of Broom Bush, that the Underground Orchid depends for its fungal nutrient link, are dying back from the edges due to drought and possibly rising saline water tables. Rising saline water tables are possibly already causing deaths amongst the associated Broom Bush and are likely to become an increasing future threat. Weed invasion is a minor threat to all populations. The effect of weeds are uncertain but they are likely to compete for soil moisture and nutrients needed by the orchid and associated fungi. Weeds also increase the fire hazard due to the easy ignition of high fuel loads produced annually by many grass weed species. Soil compaction, due to poor levels of leaf and bark litter and human disturbance, has resulted in poor flowering and possible deaths of Underground Orchid plants.

Drought – Drought appears to be a major threat to the habitat of the Underground Orchid in the central Wheatbelt.

Inappropriate Fire Regimes – Inappropriate fire may threaten populations if it occurs during the flowering period of the orchid, and overly frequent fires are likely to alter its habitat. One southern population was burnt some years ago and, despite several searches since then, no Underground Orchid plants have been located.

Human substrate disturbance – Human damage during searches for the orchid is a continuing threat. The method used to locate plants is quite destructive requiring the removal of leaf litter beneath Broom Bush. This litter is often not replaced and when it is, is usually mixed with soil resulting in soil compaction and the drying out of the area where the orchid occurs. 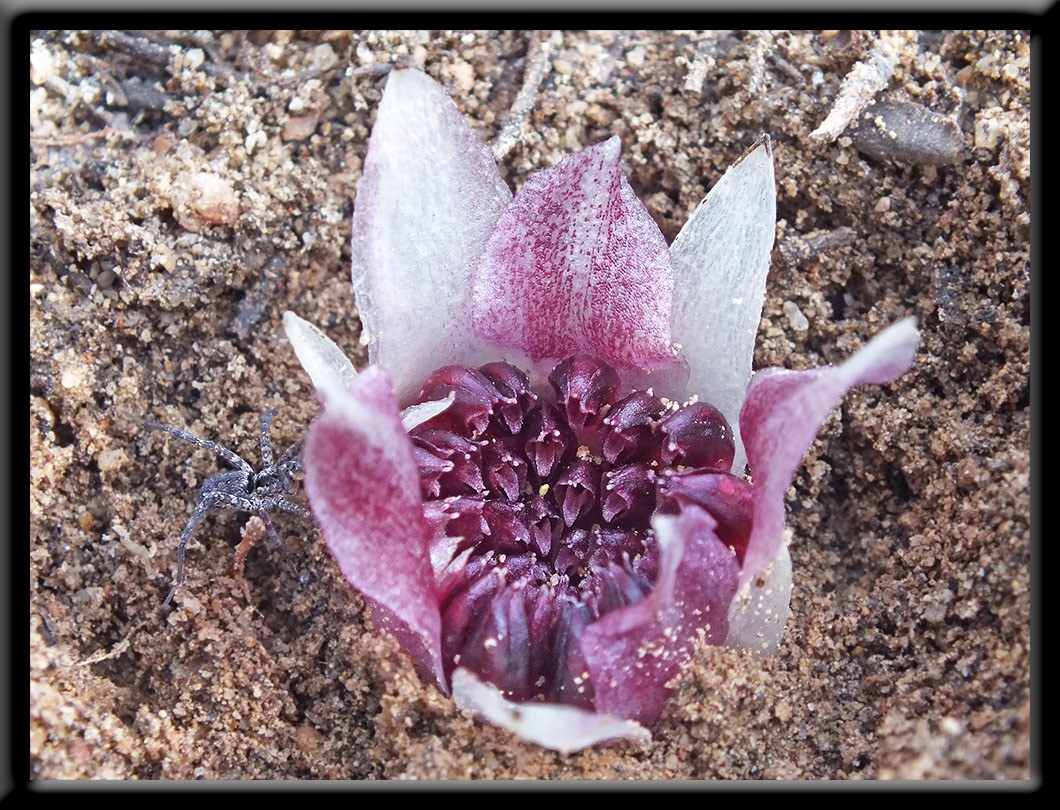 So is there anything we can do to protect this diamond in the rough? There is always something you can do to help, in this case, it is to educate yourself and others of its habitat and to keep away if possible. If you are one of the rare few that do find one it is recommended to take a photo for identification purposes, cover it back up as soon as possible, take a GPS reading (again if possible) and call the department of energy and environment and record your finding.

If you or your organisation require any assistance in locating or managing any protected flora please contact Integrate Sustainability on 08 9468 0338 or enquiries@integratesustainability.com.au.