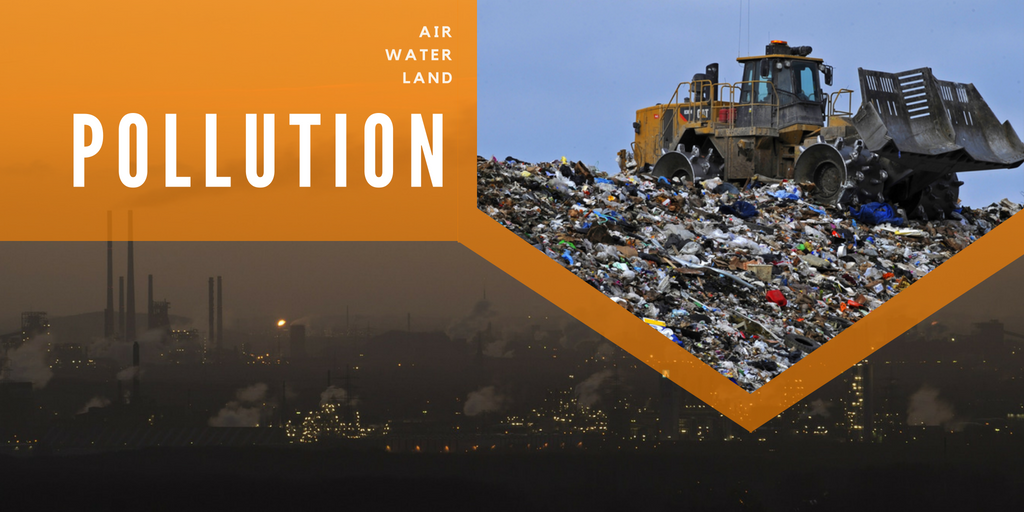 Pollution is a critical problem facing human kind, especially as the world population grows past 7 billion people (United States Census Bureau, 2018). Pollution comes in many forms and from different sources, many of which are important processes to our way of life. Given this, management of pollution is challenging, yet extremely important.
What is Pollution?
Pollution is the addition of any substance or energy into the environment at a rate faster than it can be dispersed, diluted, decomposed, recycled or stored in a harmless form. Pollution can be in any state of matter (solid, liquid or gas) or any form of energy (such as heat, sound, light or radioactivity) (Nathanson, 2018).
Major types of pollution include air pollution, water pollution and land pollution. 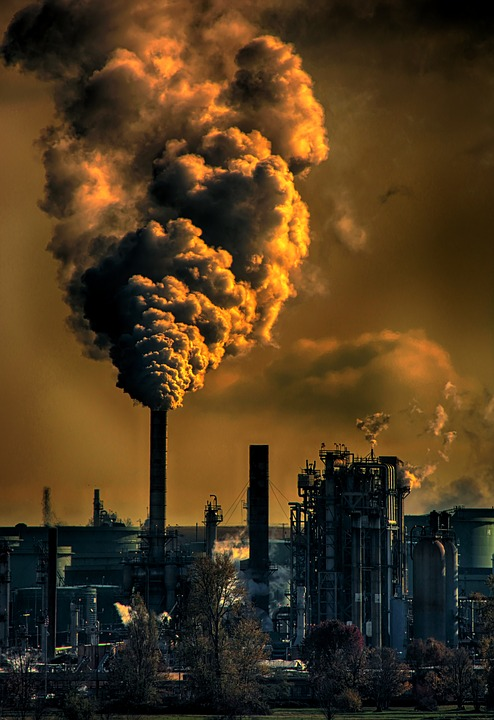 Air Pollution
Air pollution is the release into the atmosphere of gases or finely divided solids / dispersed aerosols (particulates) at rates exceed the environment’s capacity to dissipate, dilute and/or absorb them.
Gaseous pollutants include sulfur dioxide (SO2), nitrogen dioxide (NO2), carbon monoxide (CO) and ozone (O3). Particulates can be either suspensions of extremely small solid or liquid particles, commonly referred to as dust, soot, smoke, fumes, or haze.
The two major categories of air pollution are anthropogenic (man-made) and natural sources. Anthropogenic sources are mainly related to the burning of fossil fuels in industry or vehicles but also includes landfill-generated methane and toxic gases, among others. Natural sources include smoke and carbon dioxide (CO2) from bushfires, sulfur, chlorine and ash from volcanic activity, as well as many other sources. 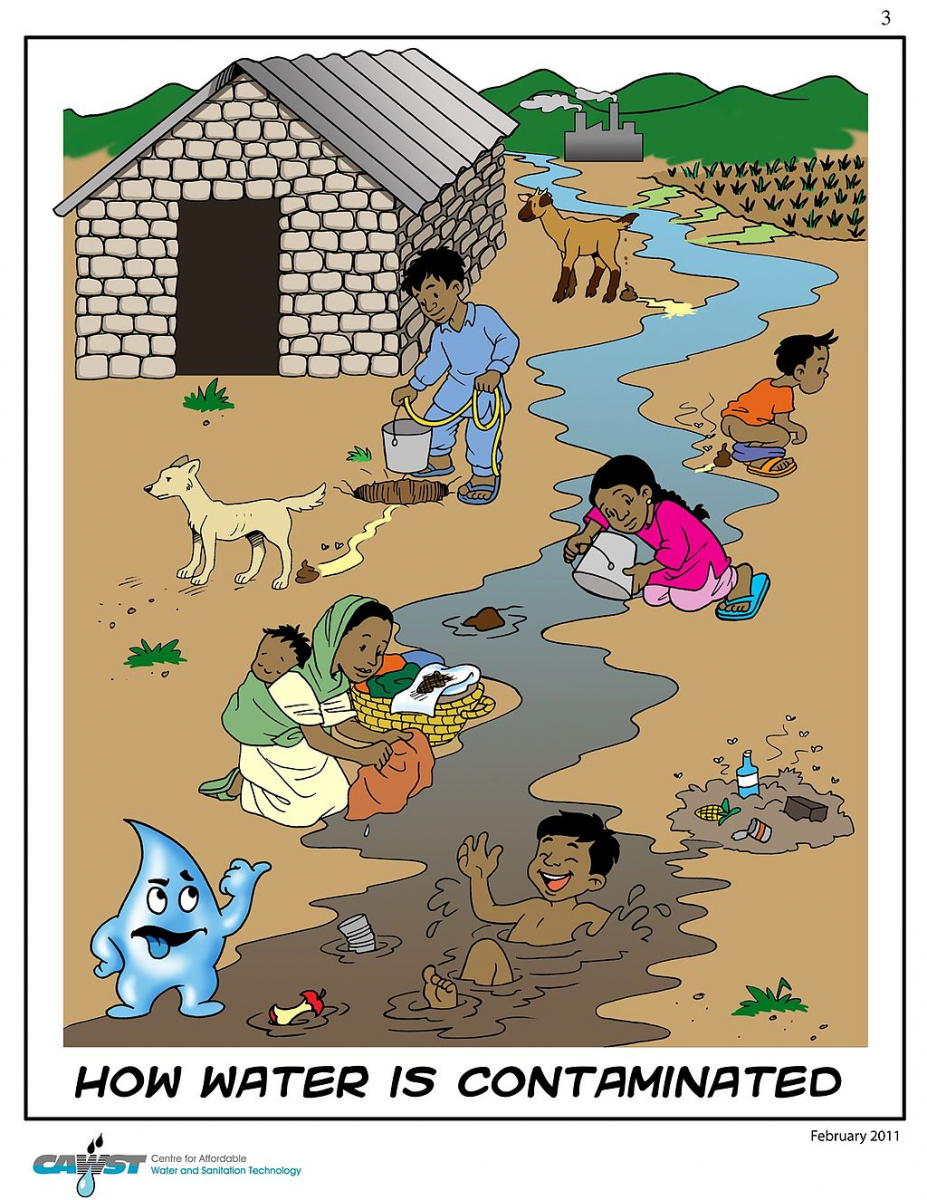 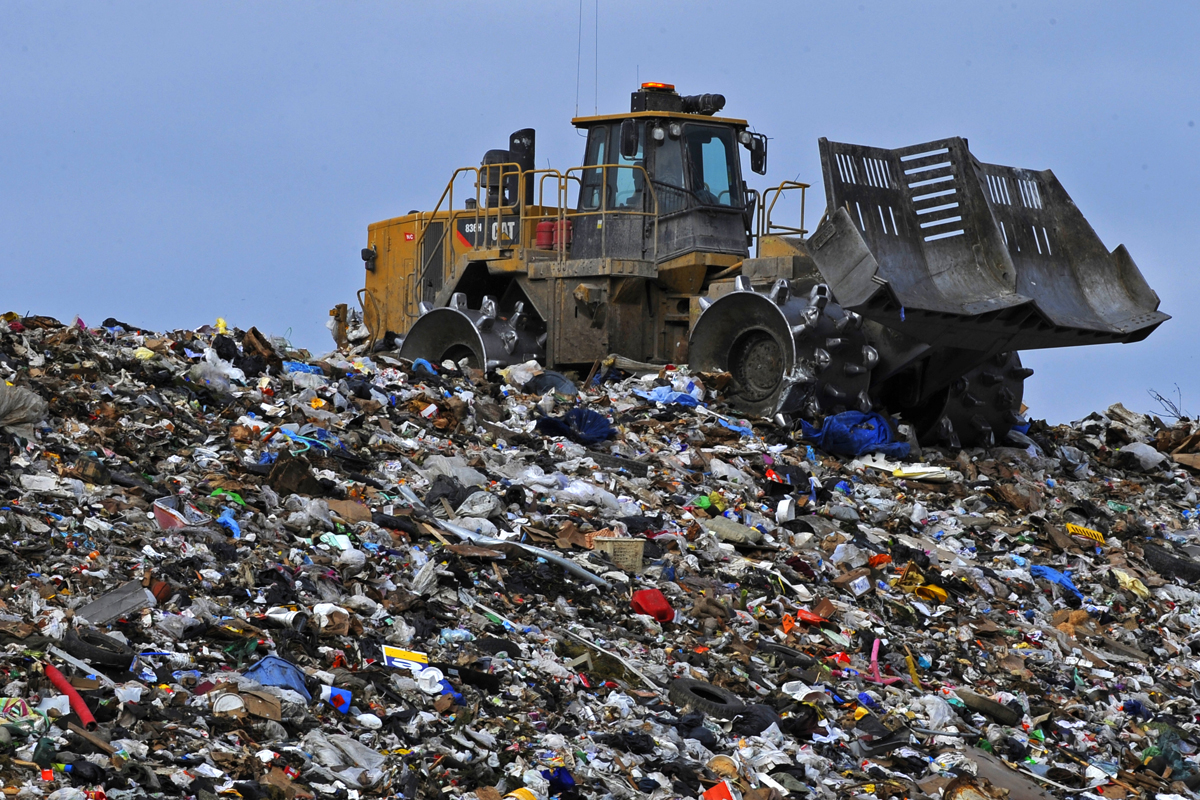 Land Pollution
Land pollution involves the deposition of either solid or liquid materials on land or underground in a way that can negatively impact the soil and/or groundwater.
Three broad categories of land pollutants exist; municipal solid waste (MSW), construction and demolition (C&D) waste, and hazardous waste.
MSW, commonly known as refuse or rubbish, is comprised of everyday items discarded by the general public. C&D waste includes things like excavated material (rock and soil), asphalt, bricks, concrete, plasterboard, timber, vegetation, asbestos and contaminated soil. Hazardous waste is waste that can cause potential threats to public health or the environment such as pesticides, aerosols or ammunition. Waste is considered hazardous if it possesses one or more of the following traits: 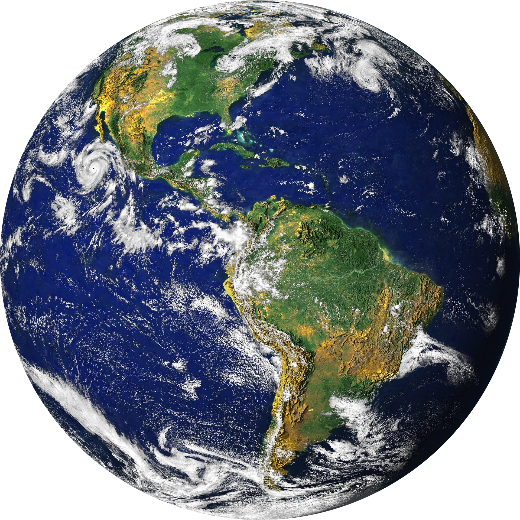 Pollution Management
As well as the obvious negative environmental impacts, pollution also has massive health and economic impacts. According to The World Bank (2018), pollution caused 16% (9-million) of all premature deaths in 2015. Approximately 92% of all pollution-related mortality is seen in low and middle-income countries, with the poor, marginalized, and young affected most. The economic burden is also massive, with ambient air pollution alone costing the global economy US$5.7 trillion (AUD$7.5 trillion), or 4.4% of global gross domestic product (GDP) in 2016.
For all of these reasons, managing, mitigating and reducing pollution is critical. Pollution management solutions include infrastructure and services, like solid waste collection and air quality management, which is especially important in developing countries. Sustainable rural development requires strong regulatory frameworks to reduce exposure to hazardous waste materials, and effective systems to minimize health hazards of agriculture (pesticide and fertilizer), especially as agricultural production increases and intensifies.
Solutions to pollution should offer ‘no-regrets’ options that boost economic development (through for example, increased tourism, improved transport and better energy efficiency), mitigate climate change and address the vital needs of millions of people, leading to healthier and more productive lives.
Do you or your organisation need advice on pollution or waste management, minimisation or mitigation? If so, please contact Integrate Sustainability on 08 9468 0338 or enquiries@integratesustainability.com.au.
Download a copy of this Insight.