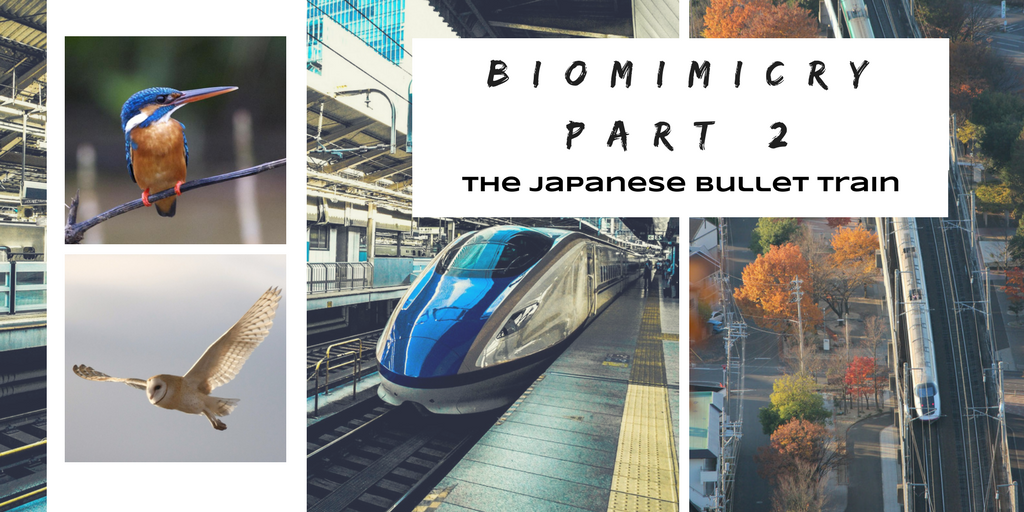 What does bird watching have to do with trains travelling up to 320km per hour? It might be difficult to see the connection, but in-depth observation of the natural world can reveal amazing insights, leading to innovations in surprising places.

Japan is one of the most densely populated major countries in the world and portions of the rail network run through highly populated areas. Due to the extreme speed of the trains, they create a lot of noise pollution, disturbing residents hundreds of metres away. The two most significant sources of noise were the train’s connections to overhead wires (pantographs) and the trains emerging from tunnels. 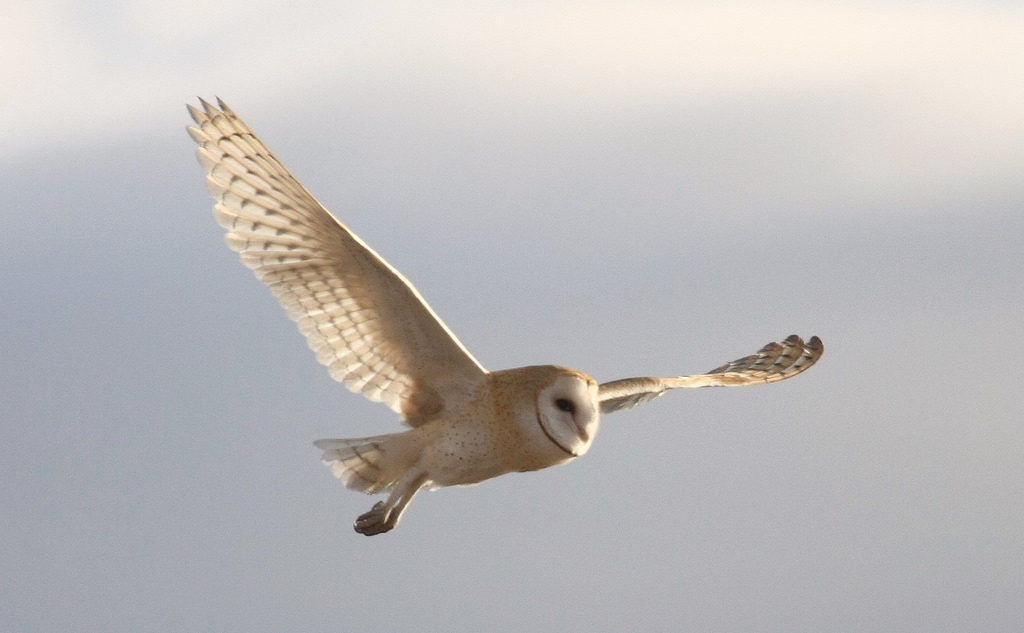 Pantograph noise is a result of air rushing over the overhead wires and forming a whirling mass of air or whirlwind. This turbulence was the primary source of noise from the bullet train. Engineers working on the trains became interested in the fimbria or the comb-like serrations on the edge of primary wing feathers.  These features break down air rushing over the wing, muffling sound and allowing owls to fly silently. They began prototyping pantographs that mimicked the owl’s fimbria. In 1994 a new pantograph dubbed the “wing-graph” replaced the traditional design. The “wing-graph” allowed the bullet train to operate at 320km per hour while not exceeding the noise limit of 70dB.

When the bullet train entered a tunnel, it would generate low-frequency pressure waves (under 20 hertz) that exited the tunnel at the speed of sound, producing a sonic boom.  This was a more difficult problem to solve than the pantograph noise as the sound was a result of the speed of the train and the geometry of the tunnels.  Any increase in the train’s speed would increase the pressure within the tunnel. As rebuilding the tunnels was impractical, engineers needed come up with a solution that prevented pressure waves from building up.  This required engineers to change the shape of the train’s nose. During their discussions, the engineers noted that the train seemed to “shrink” when it went through tunnels, likely a result of a change in air resistance as it transitioned from open air to the closed tunnel. Once again, the engineering team turned to nature and noted that kingfishers would dive at high speed from open air into water and create minimal splash. They hypothesised that the shape of the kingfisher’s bill is what allowed this almost seamless transition. 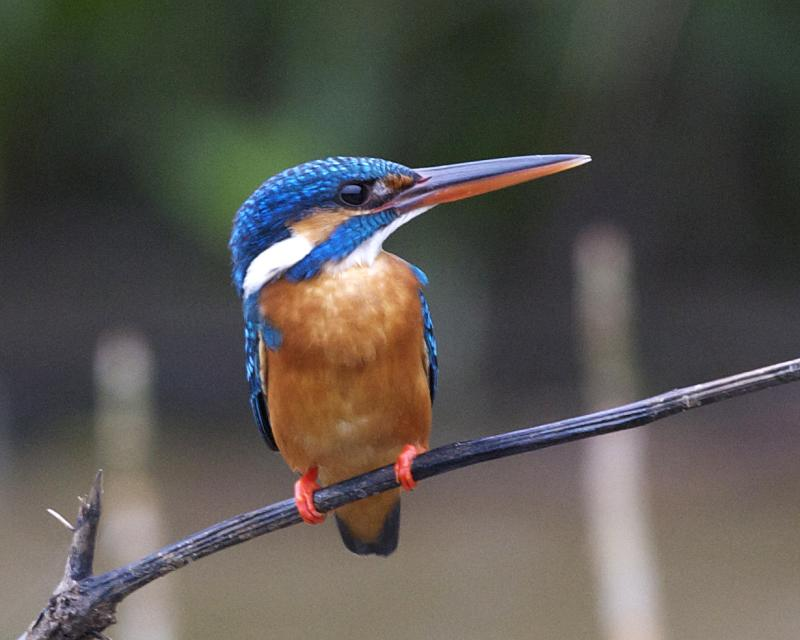 The University of Kyushu helped the engineering team study this problem, and they predicted that the ideal shape for the train’s nose would be a rotational parabolic body. The bullet train engineers found that the kingfisher’s bill is a rotational parabolic body, with both the upper and lower beak having a triangular cross-section with curved sides.

To verify this concept, the design team conducted tests that included shooting bullets into scale tunnels and simulations on supercomputers. All the testing confirmed that the kingfisher bill was the most efficient shape and a series of prototypes were built and tested, with a train nose very close to the kingfisher bill being adopted. This design reduced the sonic booms, allowing the bullet trains to run at higher speeds while remaining under the 70dB noise limit. 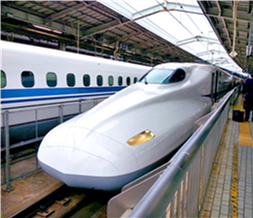 In 1997 the 500-Series Shinkansen train went into service. It was able to run at it’s maximum speed (then 300km/hr which was a world record for the time) while also meeting strict noise standards.

The Kingfisher and owl inspired bullet train is just one example of biomimicry in action. With a more in-depth study of nature, bullet train engineers were able to reduce noise, increase speed, consume less energy and save money.

If you have a technical challenge in your workplace, step back and consider if mother nature has resolved this problem or if you can adopt components from a number of natural systems to come up with a solution. If you need a hand give Integrate Sustainability a call on (08) 9468 0338 and we might be able to help.